I’m sure that’s not an original title, I did not even bother to Google it, I’m sure there are a bazillion posts like that out there. Today, I’m just “wondering out loud” along with you, no doubt.

My thoughts were inspired by today’s TED post from Renny Gleeson, Web 2.0 media and marketing guy:

I know you’ve all seen the poses Renny references. You’ve even seen the car traveling down the freeway on autopilot as the driver has head buried in small hand held device (I’m guilty) attempting to type a text message on a numeric keyboard. You’ve even seen the road sign probably in the form of a bumper sticker (it’s OK, I know it had a ‘bad word’ in it – trust me you will be OK.) END_OF_DOCUMENT_TOKEN_TO_BE_REPLACED 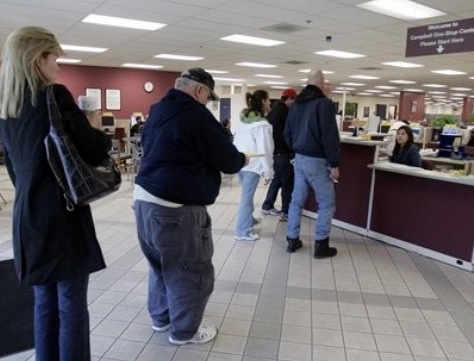 That, my friends, is an outstanding question! In fact, I must say I do hear this question a lot. Interestingly enough, it never comes directly from a source, it comes more in the form of “… so and so was asking why…” and other similar forms.

It comes from family, friends, church, you name it. Heck, it even comes from me at times!

Why does it always have to be a job? Actually, I should pause here and offer you, the fearless reader, a little bit of background to set the context.

If you have not read the first ever post on this blog, I recommend that you do that now, you can find it here. My life’s journey had a huge “reset” about 2 years ago, when my poorly constructed financial world came crashing down, setting off a very long (and very healthy) downsizing trend, that essentially takes us to this moment in time. This “crash” turned out to be one of the biggest blessings God has ever given me, and the effects have been far reaching on family, friends, and relationships. It exposed so many areas within me that needed to die, so many things that I spent my time on that were keeping me from the very Glory that God had designed for my life.

You see, we all have a part in His story, and He reveals the script to us through relationship with Him. Did you catch that part about relationship? END_OF_DOCUMENT_TOKEN_TO_BE_REPLACED

I have so many half completed posts in my blog that I need/want to finish. But every once in a while, God rocks our world, and best laid plans are to be set aside. Well, God rocked my world tonight.

Those that know me well know that music is an enourmous theme in my life. Music has a dramatic effect on me, it is one of the very ways that God speaks to me. I was not always able to phrase it this way (thanks Ransomed Heart)  but I now know why certain songs, certain words pry at my very soul, bringing me to all flavor of emotion, manifest in goose bumps, chills, and tears.

Prior to “the fall” (not Adam and Eve, I’m talking the Bryan Cole Dark Valley circa 2007-2008) I rarely watched television. I’d been an avid Star Trek fan in the past, especially “The Next Generation” series from the early ’90s (I think Picard is a fantastic leadership study.) But the years before “the fall” I dismissed much of the things that I enjoyed in the past, and as the Star Trek saga rolled on, I ignored it. However “post fall” I began to take a little time to catch up, and I really began to enjoy “Deep Space 9.” Then one day, somehow, the DVR caught “Star Trek: Enterprise.” Of course, I immediately judged it as not up to par with the others (before watching it – such old habit) but I gave it a chance. I do now like the series, but the real power for me was in the opening title scene, which plays on every episode.

The video here is that very opener. It is basically a 1 minute history lesson of great travel expeditions and their craft achievements, from the 16th century HMS Enterprise to The Space Shuttle (and beyond.) It really wakes up my heart, to the results of perseverance toward the dreams and desires that God wrote upon our heart, so that we would be drawn into the role that he has for us in “The Story.”

But it gets better. I began to research the song “Where My Heart Will Take Me” and the song is SO powerful! The words speak directly to me, right here, were I am EXACTLY in MY story.

Check out the lyrics:
– Russell Watson Lyrics
So needless to say, the song went on my iPod, and at times I listen to it in the car over and over again, consecutively. The music speaks to me; God speaks to me.

And He’s been speaking a lot lately.

In the last few weeks, I’ve really been hearing a lot from God in many ways on my part in the story. It’s gone from a general understanding based on my desire, and is rapidly moving into a laser focus. The song means more and more. I attended a Money Coaching training class (more on that in another post) and the designers used some music here and there in the seminar, and I began to share this song with them, as overcoming money issues can be a real transition point for many (don’t I kn0w.) That brought the song to the forefront (I’d not played it in a few months). But it gets better.

So I’ve also been catching up on some movies I’ve missed, especially those with an inspiring story – another way God reaches me, and many others, is through movies. I watched “Patch Adams” this evening. Whoa. Tears. God was answering a lot of questions about how my desires were going to manifest themselves for His glory, and he tore down a lot of barriers that I was already creating, with that movie.

So the movie ends, my face is blustery and wet with tears, and then the credits come. What’s the end title track? “Where My Heart Will Take Me.”

I totally get it, God. I’m over-engineering the use of my Gifts. You’ve spoken to me through the character of Patch Adams; just GO and use my gifts. And if I did not get that loud and clear, you cemented the understanding with a song.. THE song..

The music IS all around is, we just have to listen.

Just a few hours ago, a friend sent me a link to a TED video of Benjamin Zander talking about classical music, and it really struck me (thanks Kit, you have now caused me to spend time researching TED and Ben himself!) I had to share it with you all here. I find myself being drawn to individuals who have a clear knowing of what their purpose is, and that actually live it; It’s become a journey for me as well.

Some will watch this video and speak of how it is an excellent lesson on listening and understanding classical music. For me, it was so much more...