Or at least, that’s what I originally thought.

And now I are one.

What happened? Hmmn… It’s probably best that I start from the beginning. I’m a techy guy cleverly disguised as a reasonably well adjusted human being (my own interpretation, create your own as you wish.) My first Jr. High School book report done on a computer was coded in BASIC, 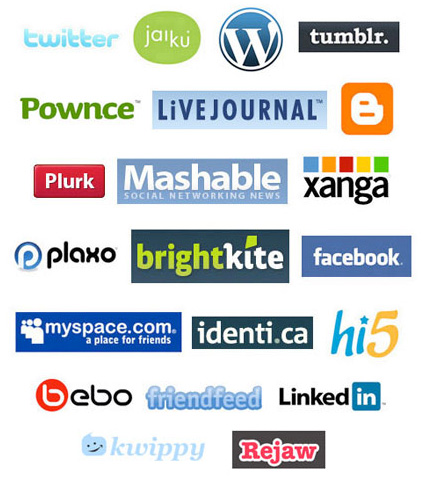 and printed using LPRINT statements (I had no word processing software at the time.) I’ve had an e-mail account since they were simply numbers (remember CompuServe?) My first use of the public internet in 1993 involved things like FINGER, ARCHIE, VT100, and finally WEBCRAWLER.  Me not afraid of using techology (some might even say over-using!)

Instant Messaging came on the scene in the late 90’s (remember ICQ – Uh Oh!) When I remembered to turn it on, I found it valuable to communicate with relatives across the country. Same deal with Simple Message System (aka SMS, aka TXT Messaging) I’ve had phones with that capability for quite a few years, and before that, a SkyTel pager that essentially did the same thing (at a much higher cost.)

All of the things I’ve mentioned so far were things I participated in, and used to some degree or another. But I began to notice a shift, and it appeared to be a generational shift.

First, a little background. Remember when Caller ID was new, in the late ’90s? For many of us, our Cell Phone was the first device we owned that really put this to use.. Neat things suddenly happened, when we received a call from someone who’s number was in our address book, instead of the number we saw “Call from “John Smith.” And this also replaced the “3 missed calls” message with a “call log” of everyone that called.

So back to the shift. Traditionally in both cell phones and land lines, if you called and there was not an answer, you left a message for the person you were calling. You generally left basic details about the nature of your call, and your number, and you would usually get a return call if one was necessary. I began to notice that when I would call “younger folk,” get voicemail, and leave the customary message with details, I would then get a call back some time after leaving the message, and the call would go something like this:

“Hey Bryan, I saw that you called. Did you need something?” Um… yeah.. and I left that need on your voicemail. Alas, communication tools evolve, and the way we integrate them into our lives evolves as well. As with any social morph, we are left with a choice.

“How can you listen to all that noise?” That’s what some of our parents might have said to us playing our “KISS” albums back in the 20th century. Here’s the funny thing- music evolves just like communication methods, have you listened to KISS lately? It frankly sounds like elevator music compared to some of the more progressive stuff out today, and thus music presents us with a choice, just like the changes in the way people communicate.

“Do you have MySpace” was a question I began to hear early in the 21st century. Not desiring to ever give on to my lagging hip-ness, I would simply answer “no, not just yet” at the same time opening a Google search page to figure out what the heck it was! Then I was “invited” to “Linked-In,” shortly followed by “Plaxo” and then most recently, Facebook. Sprinkled in amongst this were these things called “Blogs” (short for Web Log) that kept popping up in searches. I kept asking myself “Who has time for all of this?”

Of course, every tool has it’s dark side of misuse (cars, guns, alcohol, The Bible) and our mistake often is to throw the baby out with the bath water.  And of course, there are the negative time aspects of any medium (television, games) and Social Networking and Social Media definitely can “suck you in” if you are not disciplined – I admit to becoming lost for hours chasing keywords in YouTube. And I, too, wish for our teens that they do not wholesale replace the ‘real deal’ of social interaction with electronic medium.

Truly, communication and interaction methods are-a-changin’ and we’re constantly being presented with the choice; to stay as we are, or slowly venture into the new medium. You have to make that choice yourself. And so I have become a reluctant participant in the new landscape, somewhat out of a desire just not to become “old and irrelevant” and also in some ways simply for education (I do have children coming of age…)

I will only offer this from the experience: Replacing human interaction 100% with electronic media – BAD. Augmenting traditional communication with these new methods that extend our reach – GOOD.

I just returned from an amazing Men’s Retreat in the Colorado Mountains, and on the way up I found myself taking photos of the beautiful scenery and sharing with my facebook friends; I also gave tempurature updates on Twitter as I ascended to the 9500 ft elevation. At other times. At other times I’ve connected with old classmates and friends that have moved out of the area, and to some degree, we’re all much more up to date on each other’s families than before (with minimal time investment.) A really neat observation has been how some of those moms that are at home all day with little ones have been able to stay connected, and be enriched through the experience.

So. If you are holding out, set some time limits, and sign up for some of the services, and allow it to enrich your life, all the while keeping a hand down into that space of relevance, where generations meet.

And if you really want to let it all hang out, start a blog. I did!